Editor
Dave Monroe is an instructor at the Applied Ethics Institute of St. Petersburg College, Florida, and adjunct instructor of philosophy at the University of Tampa. He is the co-editor of Food & Philosophy, with Fritz Allhoff (Wiley-Blackwell, 2007). 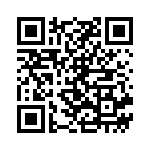