This book is not about modern witchcraft. It is also not about the witch trials of the seventeenth and eighteenth centuries. This is a book about the beliefs of the intellectuals and the common people ... Volledige review lezen

Definitely getting old, but still important background reading - this gives a good deal of the context to the time of the trials. Volledige review lezen

Jeffrey Burton Russell is Professor of History Emeritus at the University of California, Santa Barbara. 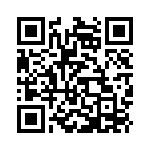